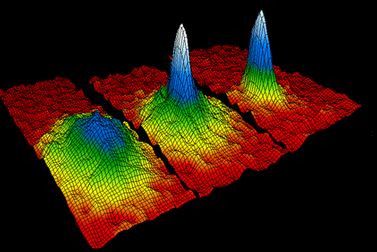 Scientists have observed the fifth state of matter in space for the first time, offering unprecedented insight that could help solve some of the quantum universe’s most intractable conundrums.

Try this question from CSP 2018

Which of the above is/are the prediction/predictions of Albert Einstein’s General Theory of Relativity, often discussed in media?

Why are BECs important?