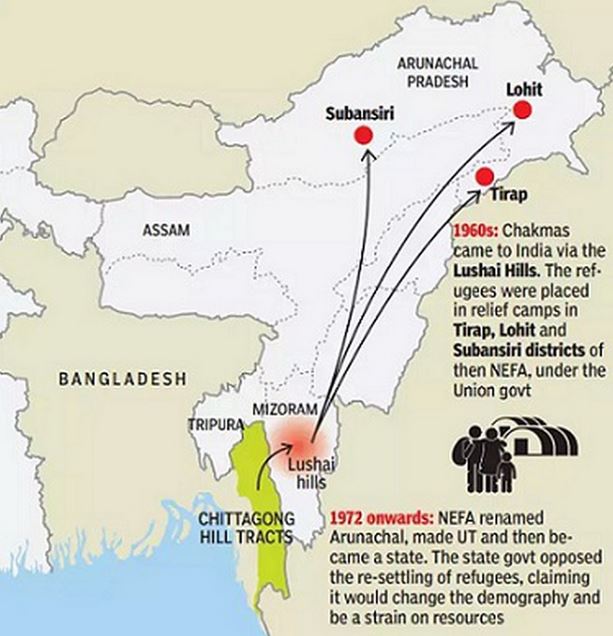 In Arunachal Pradesh, the Chakma and Hajong people are feeling heat since the State government decided to conduct a special census in December 2021.

Who are the Chakmas and Hajongs?

Why was a special census of the two communities planned?

Issues with the census

What is their citizenship status?