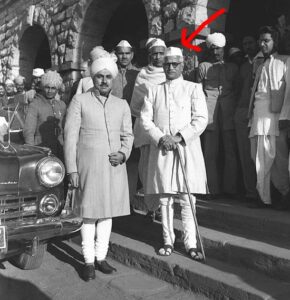 The Gadgil Wada of Pune was recently lighted into tricolour for the 75th anniversary of Independence.

Gadgil Wada was where plans for the reconstitution of the socialist Rashtra Seva Dal took place in early 1940s, with socialists like S.M. Joshi, N.G. Gore, Shirubhau Limaye and Kakasaheb in the lead.