Where can these bonds be issued and who can subscribe? 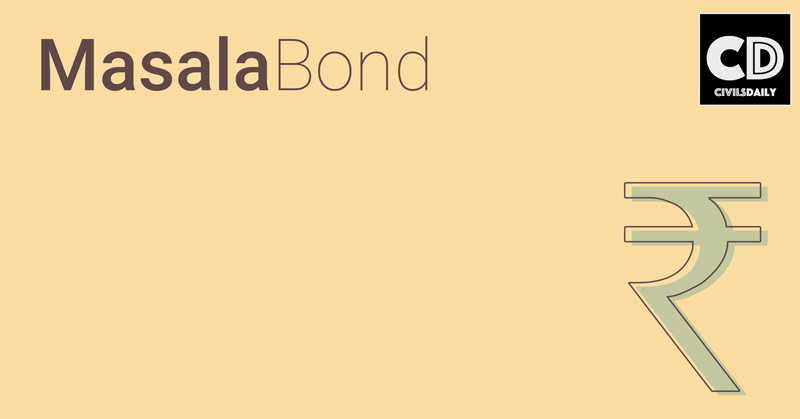 What is the advantage?

What’s New In The Masala Bonds?

During his visit to the UK last week, Prime Minister Narendra Modi spoke about the Indian Railways issuing bonds and listing them on the London Stock Exchange.

Let’s explore the Bonds as a financial instrument and then dive deep into Masala Bonds.

Bonds are debt instruments which allow the companies or govt. to raise funds only by incurring debt and lender is guaranteed of a fixed repayment (Principle and Interest).

What are instrument available with Company to raise funds?

1. Issue Bonds – Companies will have to pay the fixed amount when the bond matures.

2. Issue Shares – Companies would like to raise money, but don’t want is as a debt, so company will issue shares.

Shares may give higher returns in the long run. So, it is risk-return trade-off.

How the bonds are more secure than shares?

In case of liquidation of the company, the bond holders are the one who get their claim before the share holders.

Now, let’s get into main discussion on Masala Bonds

What’s new in the Masala Bonds?

What are the risk associated Indian companies with foreign currency overseas bond?

Does Masala bond offer something for foreign investors?

The investor who purchases a bond issued by an Indian entity is betting on India, in a hope that currency and inflation would be stable enough to ensure good returns after hedging for foreign exchange risks.

With India’s GDP or national income rising, and projected to grow at a reasonably fast clip over the next few years, many overseas investors would like to buy into such bonds to join the party and to earn higher returns compared to the US and Europe where interest rates are still low.

How does Govt. and RBI view Masala Bonds?

The local currency bond markets can contribute to financial stability by reducing currency mismatches and extending the duration of debt.

It will also be a sign of early acceptance of the Indian currency in trading and settlement overseas, showing the confidence of investors and can lead to  internationalization of the currency over the medium- and long term.

Foreign investors prefer to hedge their risks overseas because there are limited products in the Indian market, especially for longer periods.

The other worry, if the overseas rupee bond market takes off, will be about the growth of the Indian corporate bond market and Indian banks as top companies shift to another market, impacting growth here.

Was such an approach adopted by any emerging economies in past?

China’s People’s Bank of China has previously issued yuan denominated bonds to raise funds at a little over 3%.

China had issued bonds in its own currency in Hong Kong dubbed dimsum bonds and plans to issue more as part of its plan to push its currency for global trade.

But these have been borrowings in dollar or other currencies. The Railways bond, on the other hand, will be denominated in rupees.