What is natural vegetation?

It refers to a plant community which has grown naturally without human aid and has been left undisturbed by humans for a long time (also called as virgin vegetation). 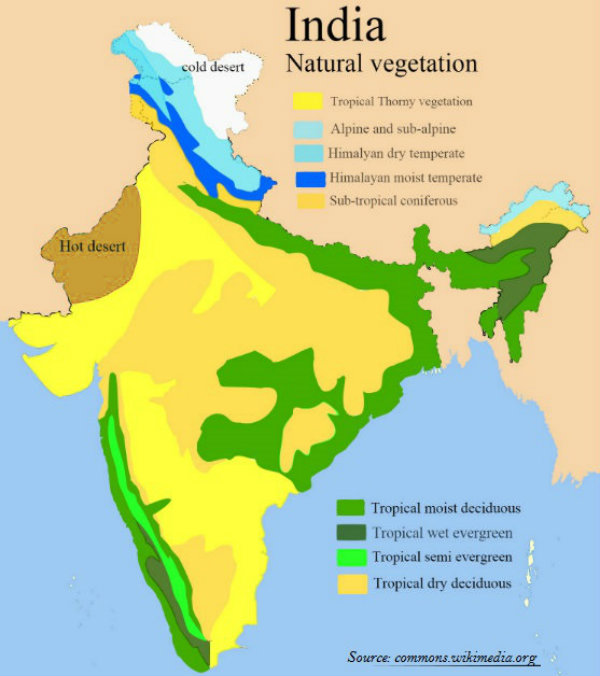 The following are the principal types of natural vegetation in India:

(2) Deciduous or Monsoon Type of Forests,

(5) Tidal or Mangrove Forests and

In India, evergreen forests are found in the western slopes of the Western Ghats in States such as Kerala and Karnataka. They are also found in hills of Jaintia and Khasi. Some of the trees found in Indian Tropical Forests are rosewood, mahogany and ebony. Bamboos and reeds are also common.

Common animals found in these forests are elephants, monkey, lemur and deer. The one horned rhinoceros are found in the jungles of Assam and West Bengal. 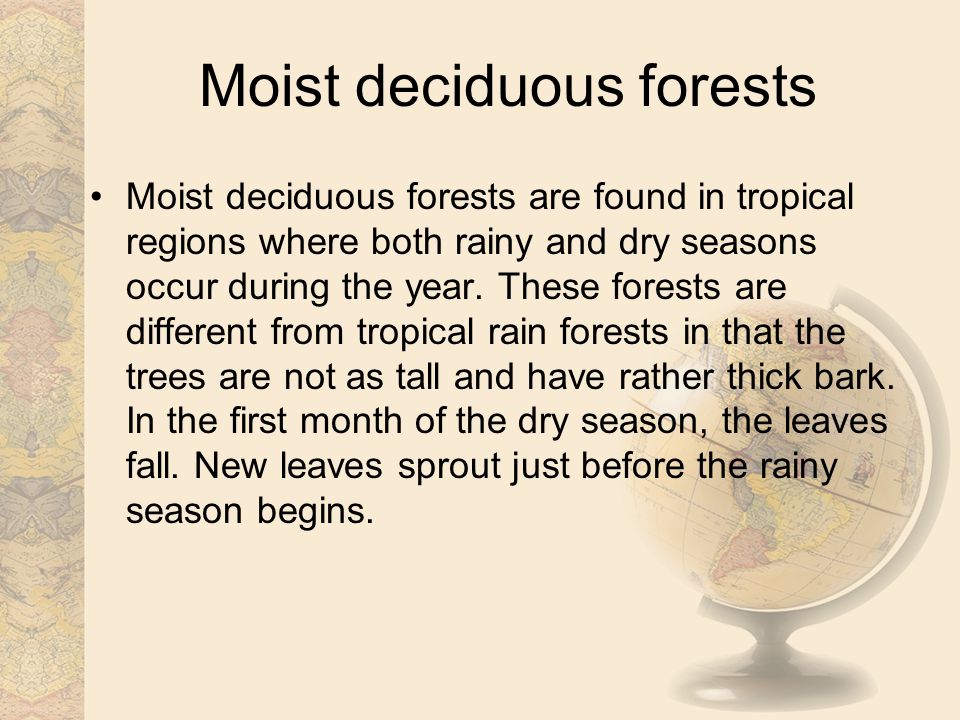 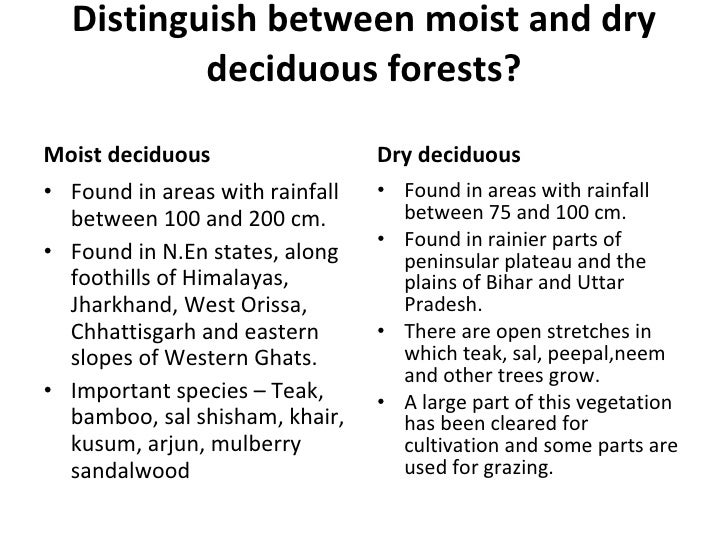 Difference between Evergreen and Deciduous Forests

#3. The Thorn Forests and Scrubs: 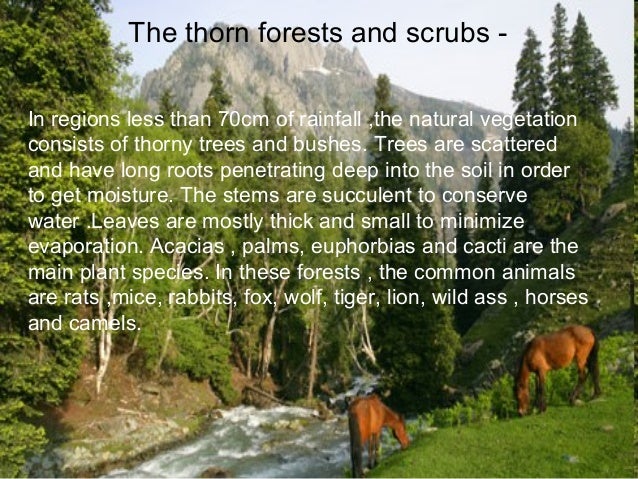 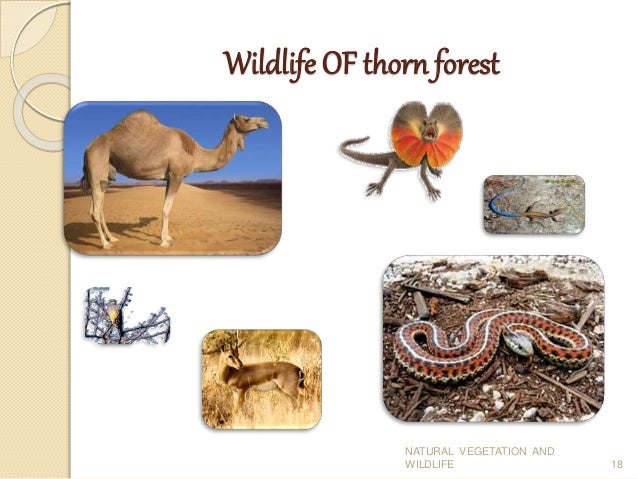 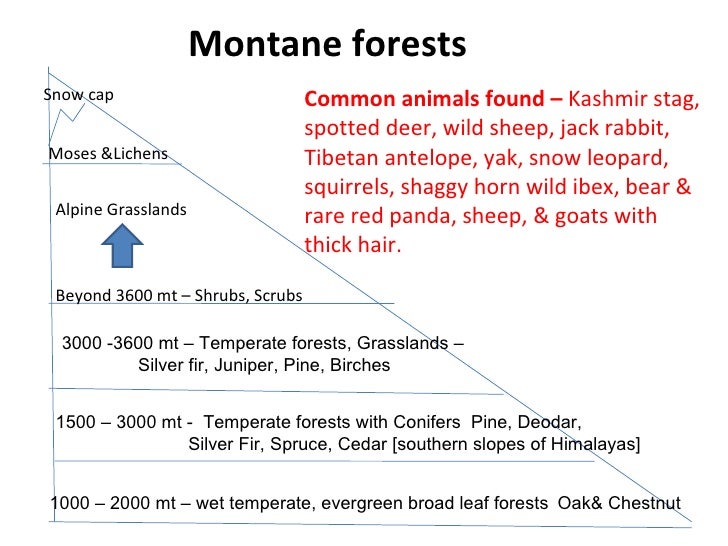 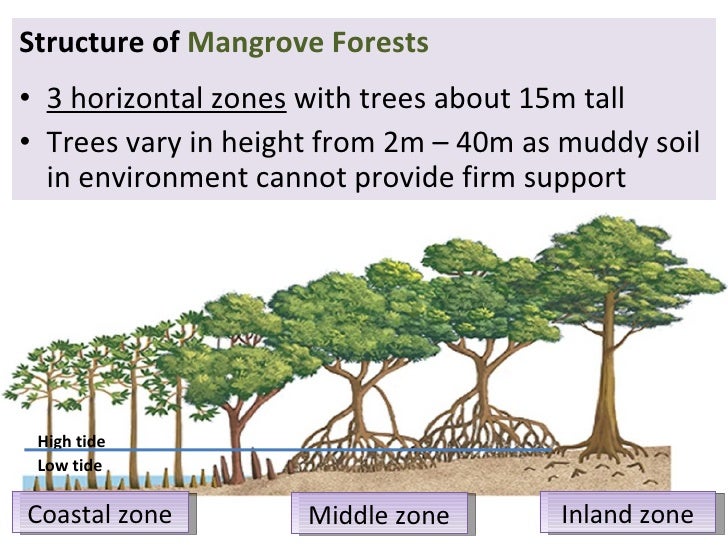