Flagship program of the government. Every minute detail is important.  A prelims option can be framed from it.

Transformation of Aspirational District Programme (TADP) initiative aims to remove this heterogeneity through a mass movement to quickly and effectively transform districts which have shown relatively lesser progress in achieving key social outcomes.

The programme focusses on 5 main themes –

which have a direct bearing on the quality of life and economic productivity of citizens.

At present, 117 districts from across 28 states have been identified.

The three core principles of the programme are –

At Government of India level, the programme is anchored by
NITI Aayog. In addition, individual Ministries have assumed responsibility to drive progress of districts. For each district, a central Prabhari officer of the rank of Additional Secretary/Joint Secretary has been nominated.

A similar setup has been replicated by states.

Core Strategy of the programme may be summarized as follows.

• Work on the strength of each district.

• Make development as a mass movement in these districts.

• Identify low hanging fruits and the strength of each district, to act as a catalyst for development.

• Measure progress and rank districts to spur a sense of competition.

• Districts shall aspire to become State’s best to Nation’s best.

This ranking is based on an incremental (delta) change in the performance indicators.

81 data points are tracked in realtime.

The rankings are publicly available through the Champions of Change Dashboard, which includes data entered on a real-time basis at the district level. Go through the snapshot below 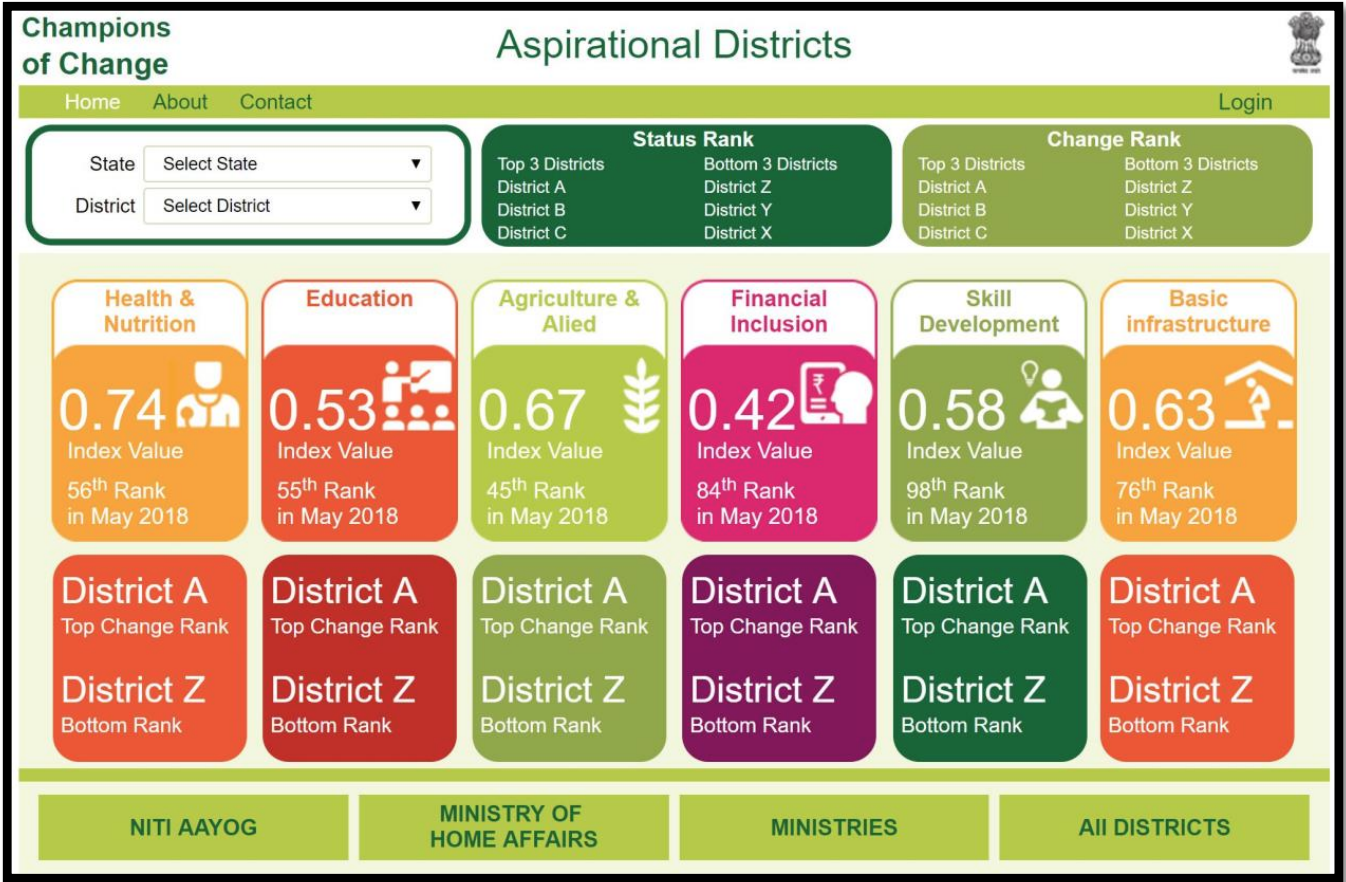 NITI Aayog has entered into partnership with Tata Trusts, and Bill & Melinda Gates Foundations(ID Insight) to assist the districts in enumerating improvement in key performance indicators a through household survey.

Virudhunagar district in Tamil Nadu has shown the most improvement overall, followed by Nuapada district in Odisha, Siddarthnagar in Uttar Pradesh, Bihar’s Aurangabad and Koraput in Odisha.
These districts have championed the development narrative in fundamental parameters of social progress.
Nagaland’s Kiphire district, Jharkhand’s Giridih, Chatra in Jharkhand, Hailakandi in Assam, and Pakur in Jharkhand have shown least improvement. 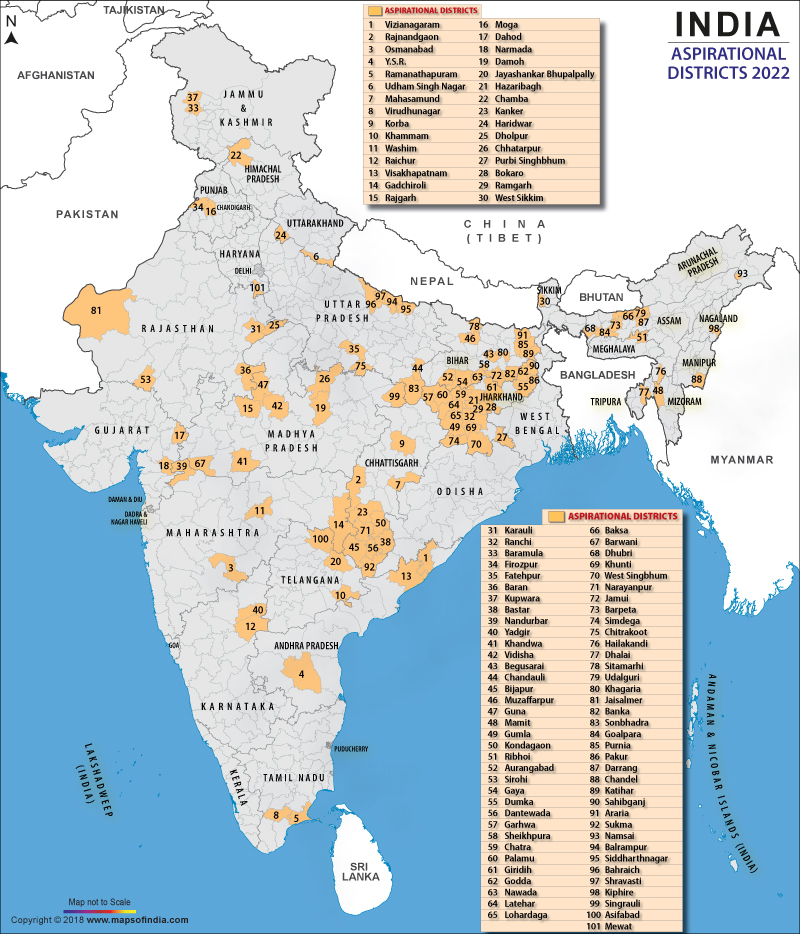