The word watershed is sometimes used interchangeably with drainage basin or catchment. Ridges and hills that separate two watersheds are called the drainage divide. Terminology for the study of rivers 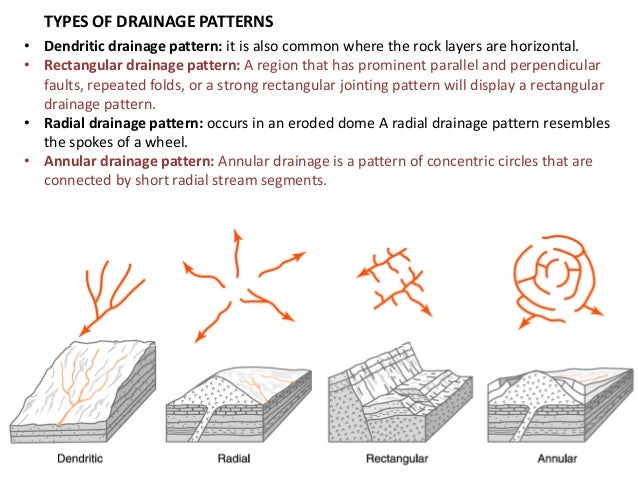 Depending on the slope of land, underlying rock structure and climate of an area, the streams in a drainage basin form certain patterns. Different types of drainage pattern are as follows:

When a river is joined by its tributaries at almost right angles, it develops a trellis pattern. Trellis pattern develops where hard and soft rocks exist parallel to each other. 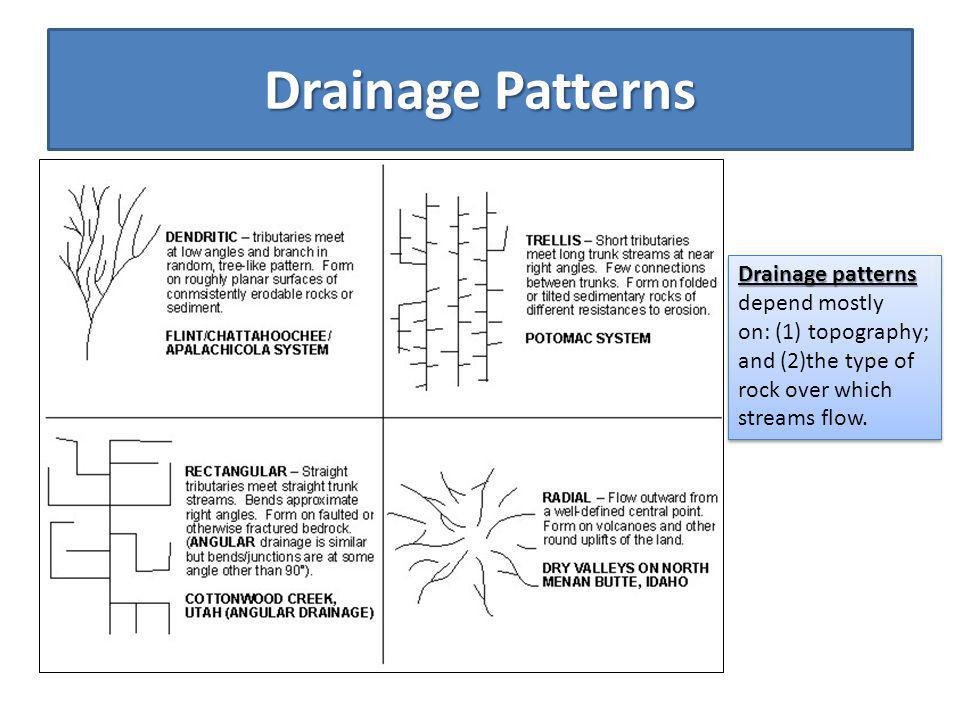