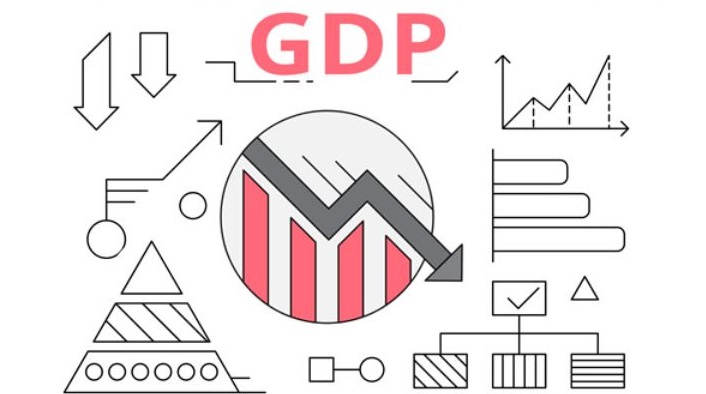 What is worse is that, because of the widespread lockdowns, the data quality is sub-optimal and most observers expect this number to worsen when it is revised in due course.

Almost all the major indicators of growth in the economy — be it production of cement or consumption of steel — show deep contraction. Even total telephone subscribers saw a contraction in this quarter.

What contributes to India’s GDP?

GDP measures the monetary value of all goods and services produced within the domestic boundaries of a country within a timeframe (generally, a year).

In any economy, the total demand for goods and services — that is the GDP — is generated from one of the four engines of growth.

Tap to read more about:

Now, look at Chart 4. It shows what has happened to each of the engines in Q1. 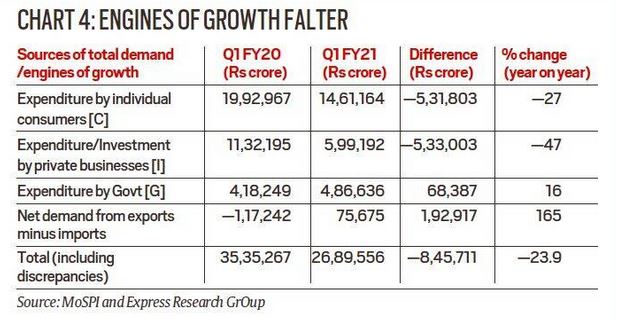 The biggest engines, which accounted for over 88% of the Indian total GDP saw a massive contraction. They are as follows:

Why can’t the government just spend to revive growth? 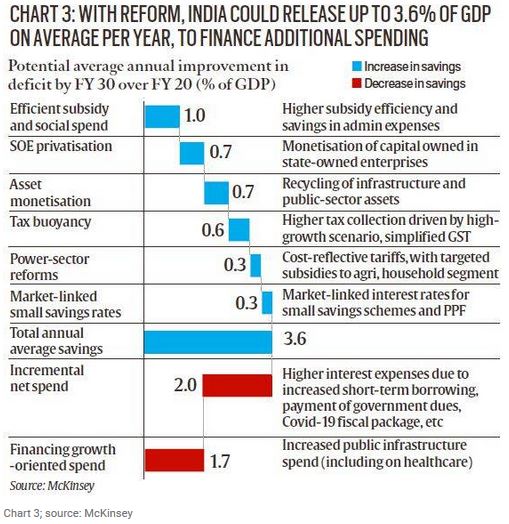 The impact of an economic contraction on an average individual isn’t always in a direct way, like job losses or salary cuts. There are indirect ways as well. Let’s take a look at this pointwise.

To achieve a stipulated economic growth, the government needs to start addressing some of the traditional sore points such as the large infrastructure deficit, the weak financial sector, archaic land and labour laws, and the administrative and judicial hurdles.

Not letting a good crisis go to waste

When incomes fall sharply, private individuals cut back consumption. When private consumption falls sharply, businesses stop investing. Since both of these are voluntary decisions, there is no way to force people to spend more and/or force businesses to invest more in the current scenario.