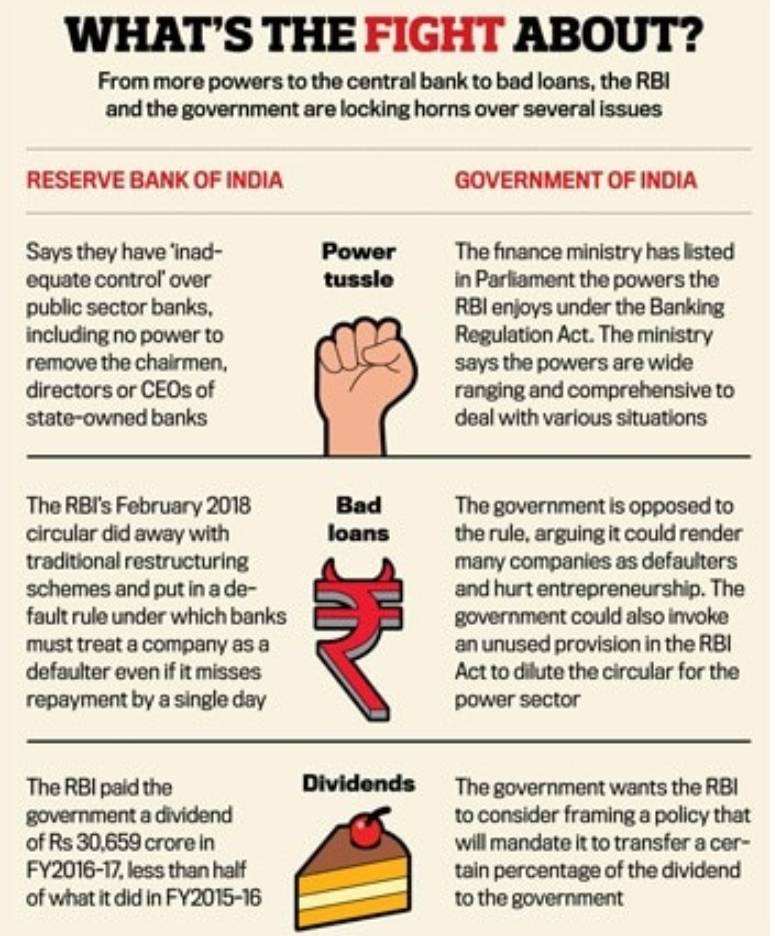 How was the relationship between the central government and RBI?

The dispute between the Government and RBI-

The aim of keeping reserves by RBI: what’s the objective of these reserves?

OUT OF THE SHADOWS

Senior government officials, as well as BJP and RSS officials, are angry that the RBI decided to go public over the quarrels. Acharya made it clear he had been asked to address the independence question by Patel and in a show of unity the three other deputy governors attended his speech. In its statement concerning autonomy, the government stressed that it will keep discussions confidential.

The fuse that lit this tension is said to be Section 7 of the Reserve Bank of India Act or RBI Act, which empowers the government to issue directions to the “lender of last resort”