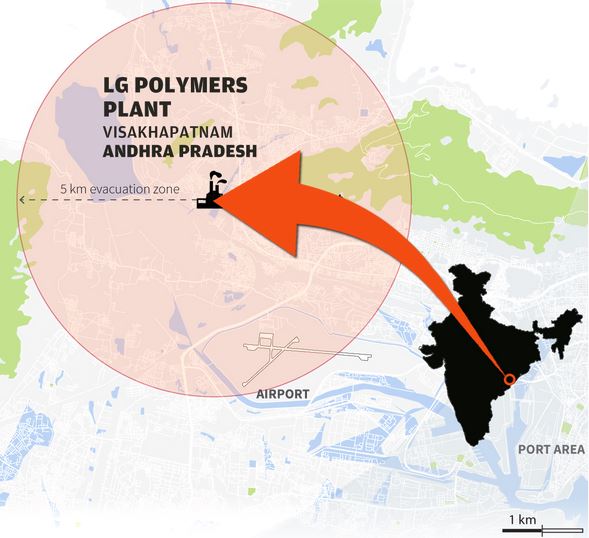 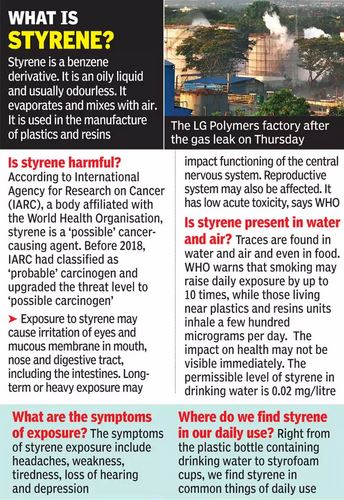 What are the safeguards against chemical disasters in India?

The law in India provides protection to victims of such chemical disasters. Here’s a look at some of these provisions:

Scars from the Bhopal Gas Tragedy 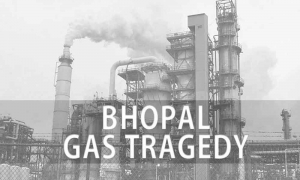 Some of these laws were:

1) Bhopal Gas Leak (Processing of Claims) Act, 1985, which gives powers to the central government to secure the claims arising out of or connected with the Bhopal gas tragedy. Under the provisions of this Act, such claims are dealt with speedily and equitably.

2) The Environment Protection Act, 1986, which gives powers to the central government to undertake measures for improving the environment and set standards and inspect industrial units.

3) The Public Liability Insurance Act, 1991, which is insurance meant to provide relief to persons affected by accidents that occur while handling hazardous substances.

4) The National Environment Appellate Authority Act, 1997, under which the National Environment Appellate Authority can hear appeals regarding the restriction of areas in which any industries, operations or processes or class of industries, operations or processes shall not be carried out or shall be carried out subject to certain safeguards under the Environment (Protection) Act, 1986.

5) National Green Tribunal, 2010, provides for the establishment of a tribunal for effective and expeditious disposal of cases related to environmental protection and conservation of forests.

Trial of such cases

India’s handling of industrial disasters suffers from systemic apathy. To respond to the currently unfolding Visakhapatnam Gas Leak effectively and sensitively, it must reflect on and learn from its inadequate handling of the Bhopal Gas Tragedy.

Why the gas leak should set off alarm bells?

Gruesome pictures and videos emerged, showing people having collapsed by the wayside.  It was reminiscent of the Bhopal gas tragedy of 1984, considered one of the world’s worst industrial disasters.

1) No lessons learnt from Bhopal

5) Multiple Laws with no enforcing agencies

7) Low or no awareness

8) Judiciary has failed to relieve

9) Yet no fixation of accountability

Regulatory: We do not have a strong regulatory body to ensure proper enforcement of laws and regulations related to industrial accidents. The regulators, like SPCBs,  needs to be given a revamp.

Monitoring and Reporting: Improving monitoring both inside and outside the industry and designing a proper protocol for reporting should be undertaken. Relevance must also be given to monitoring and prompt reporting of sudden events that can lead to industrial accidents.

Operational safety: In order to avert the rising number of industrial accidents, a more rational approach is required in terms of implementing the existing policies and practices properly. There are many guidelines and protocols for industrial safety that have been designed based on the outlines given in various acts and rules.

Ensuring a strict code and oversight on not taking shortcuts – Accidents happen when employees skip steps to complete a job ahead of schedule. Make sure all instructions are clear and organized to prevent undue mishaps in the workplace.

Employing the use of Failure Mode Effects Analysis (FMEA) – FMEA is a structured approach to discovering potential failures that may exist within the design of a product or process. There are various modes by which a process can fail and are called Failure modes that result in undesirable effects. However, FMEA is designed to identify, prioritize and limit these failure modes.

Installation of a proper alert system – This is one of the most essential components of the immediate response protocol and can really help prevent higher rates of fatalities and/or damage.

Ensuring public safety, a comprehensive safety audit of all the industries should be taken up and a Standard Operating Procedure should be enforced.

What is Methyl Isocyanate?