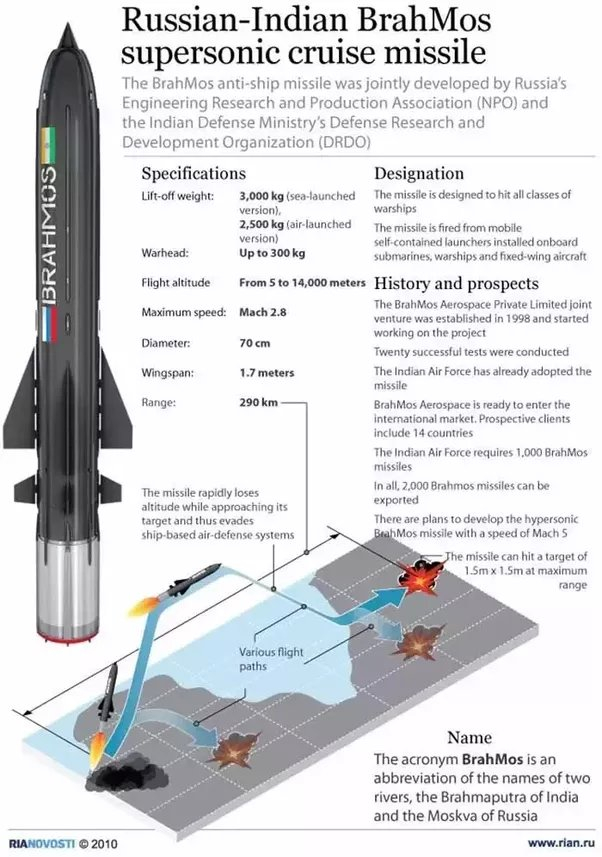 On June 12, 2001 the BrahMos supersonic cruise missile was first tested from a land-based launcher in Chandipur.

What is BrahMos Missile System?