Mains level : Paper 2- Issues with use of facial recognition technologies by the police 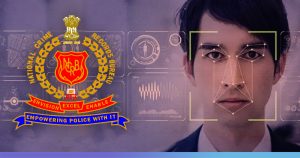 According to police officials, more than six lakh CCTV cameras have already been deployed in the city, with the very real possibility that this number will continue to increase. These all-pervasive cameras will soon be connected in a real-time network managed by Hyderabad’s Command and Control Centre.

It is a biometric technology that uses distinctive features of the face to identify and distinguish an individual. Over a period of almost 6 decades, it has evolved in many ways- from looking at 3D contours of a face to recognizing skin patterns.

What are the uses?

Issues with the use of facial recognition technologies in India

Government programs such as Safe City, Smart City, and the Nirbhaya Fund have been utilized to bankroll these projects — yet the human rights violations that occur as a result of their use far outweigh any purported benefit that these technologies claim to provide.