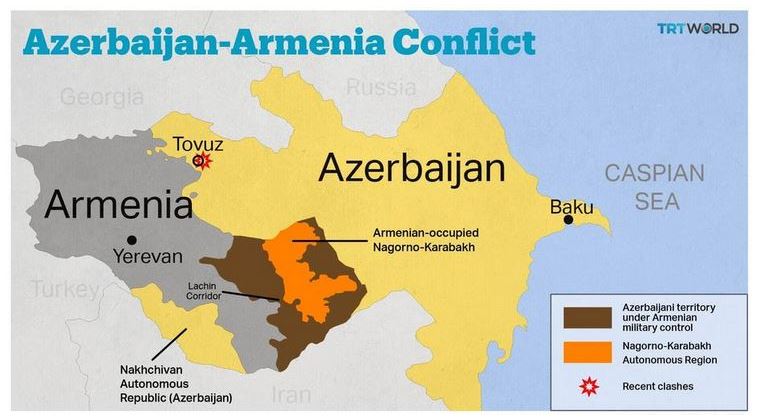 Armenia and Azerbaijan agreed on a deal with Russia to end fierce clashes over Nagorno-Karabakh after a string of Azerbaijani victories in its fight to retake the disputed region.

Ending up the bloodshed

What is the Nagorno-Karabakh region?

Q.The area is known as ‘Golan Heights’ sometimes appears in the news in the context of the events related to: (CSP 2015)

Ethnicity and the conflict