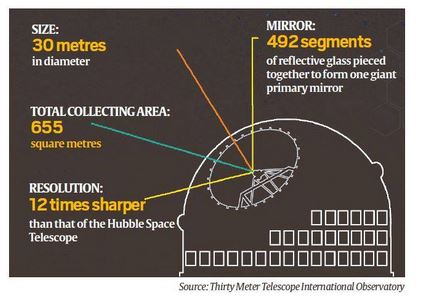 With regime change in the US, hopes have been raised for the Thirty Meter Telescope (TMT) in Hawaii. India is one of the partners in the ambitious next-generation observatory project along with the US, Canada, China and Japan.

Utility of the telescope