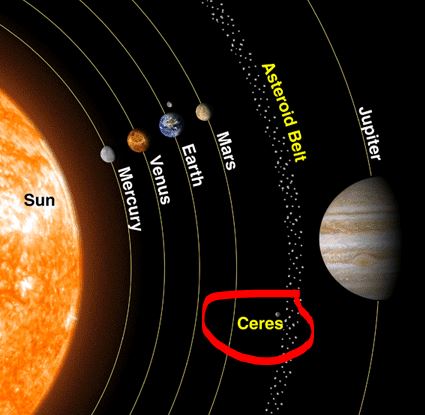 The dwarf planet Ceres, which lies in the asteroid belt between Mars and Jupiter now, has the status of an “ocean world”.

Note various dwarf planets and the criteria making a planet dwarf, as mentioned in the B2b section.

What does it mean to be an “ocean world”?

Why do researchers study Ceres?