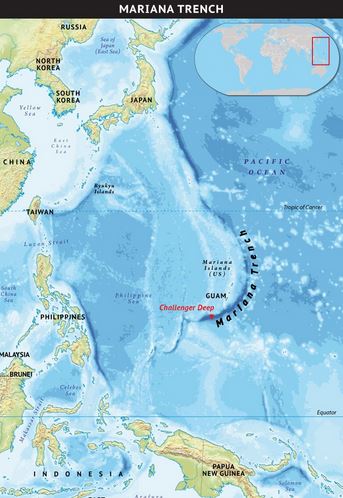 On June 7, astronaut and oceanographer Kathy Sullivan, who was the first American woman to walk in space in 1984, became the first woman and the fifth person in history to descend to the deepest known spot in the world’s oceans, called the Challenger Deep in the Mariana Trench.

Revise these ocean bottom relief  features from your basic references.

What is Challenger Deep? 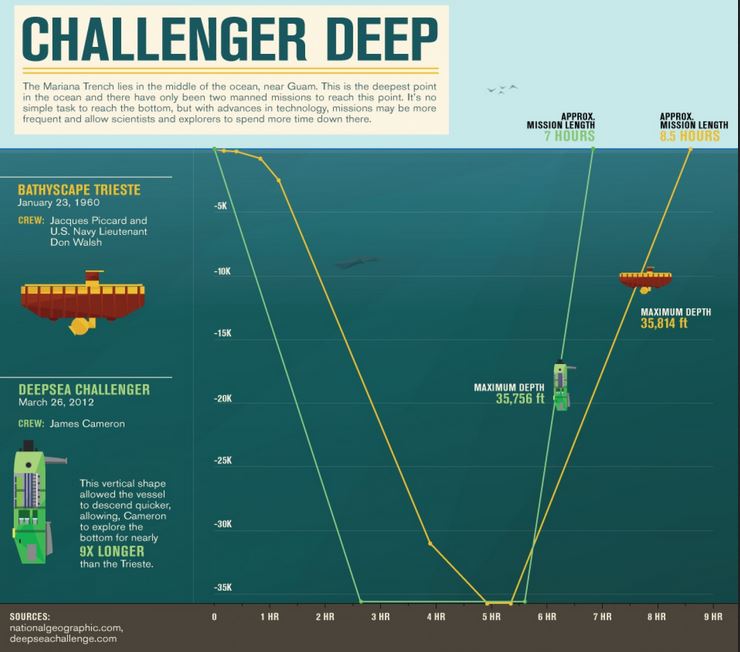 What does it take to reach the deep ocean?

Why is it so difficult to explore deep oceans?