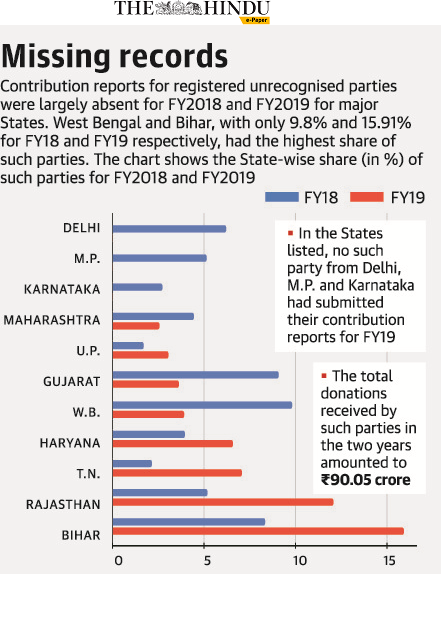 The contribution reports of only 78 (3.39%) of the total 2,301 registered unrecognized political parties are available in the public domain for 2018-19 reports the Association For Democratic Reforms (ADR).

Classification of Political Parties in India

A registered party is recognised as a national party only if it fulfils any one of the three conditions listed below:

A party has to fulfil any of the following conditions for recognition as a state party: