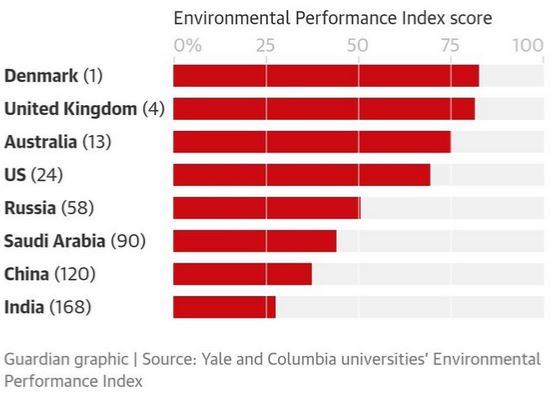 India has secured 168 ranks in the 12th edition of the biennial Environment Performance Index (EPI Index 2020).

CSP 2019 has been a year with two questions based on rankings and indices viz. the EoDB index and Global Competitiveness Index.  Note all such indices and their publishing agencies here at  [Prelims Spotlight] Important reports and indexes

Performance of the South Asian Region