Scientists have observed unusually high sea surface temperatures (SSTs) in the Pacific Ocean around the western coast of the United States.  This marine heatwave (MHW), covering an area of roughly 6.5 million square kilometres, can affect marine life and lead to droughts in the surrounding regions.

When do they occur?

Impacts of the MHWs

How do we measure marine heatwaves? 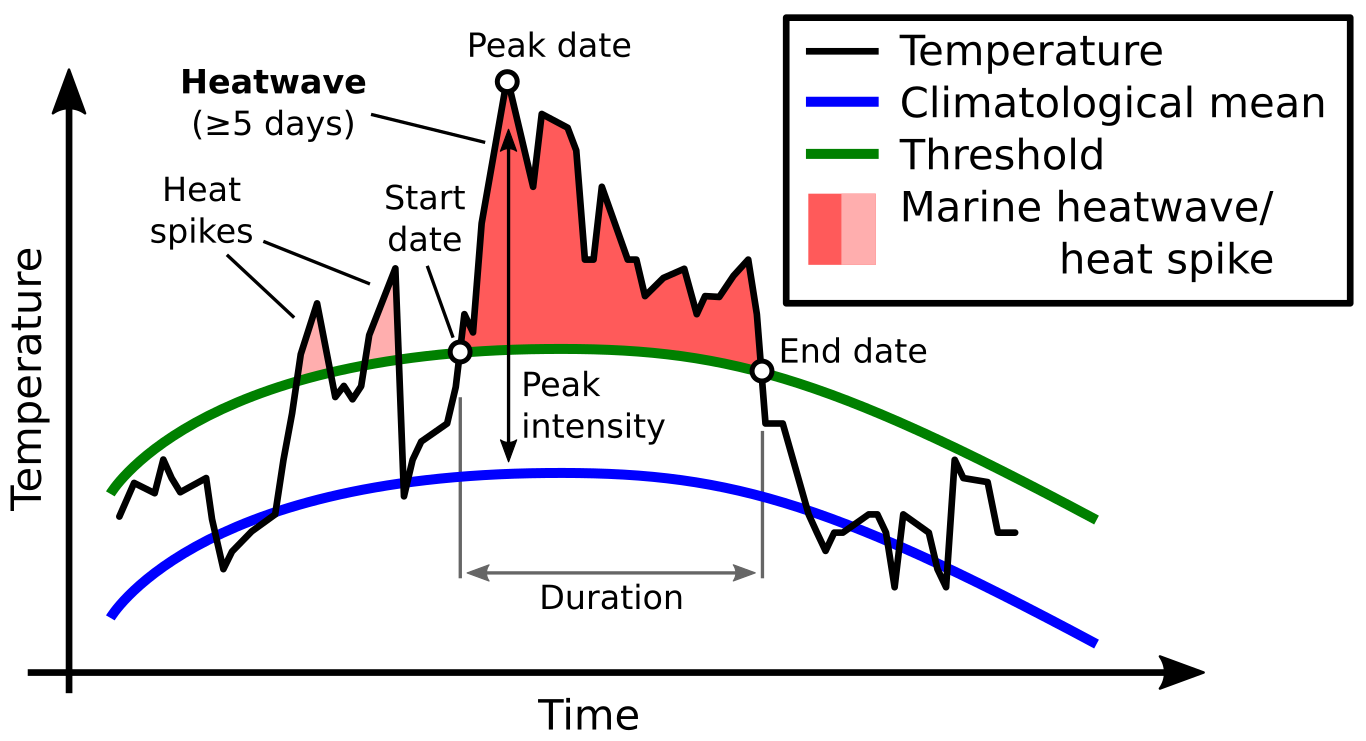