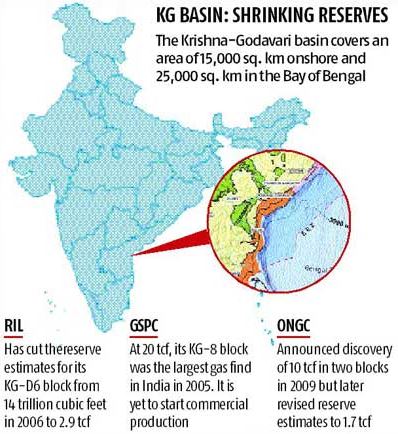 Reliance Industries Ltd and BP (British Petroleum) have announced the start of gas production from the R cluster of the KG Basin, the deepest off-shore gas field in Asia.

Note: Tight gas and tight oil are produced from reservoir rocks with such low permeability that considerable hydraulic fracturing is required to harvest the well at economic rates.

Why is this important?