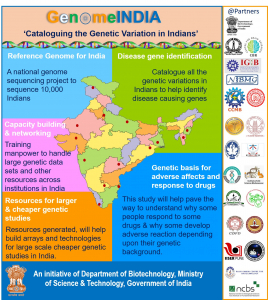 The Union Govt. has given clearance to an ambitious gene-mapping project, estimated to be worth Rs 238 crore.

What is Genome Mapping?