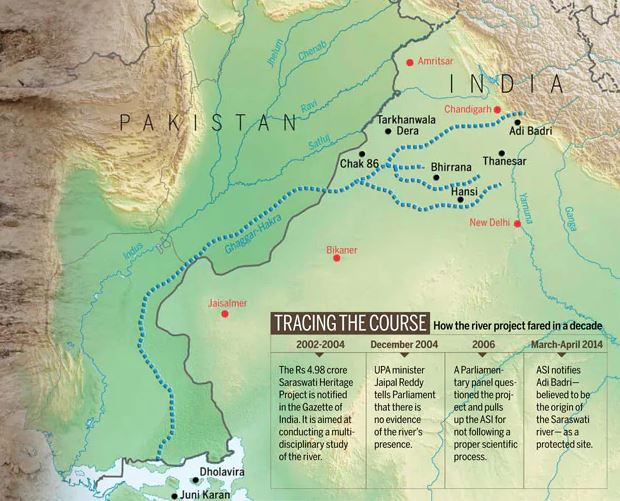 The Centre has reconstituted an advisory committee to chalk out a plan for studying the mythical Sarasvati River for the next two years after the earlier panel’s term ended in 2019.

Rigveda describes India as a land of Sapta Sindhavah.

Vedic reference of the river

What led to its extinction?