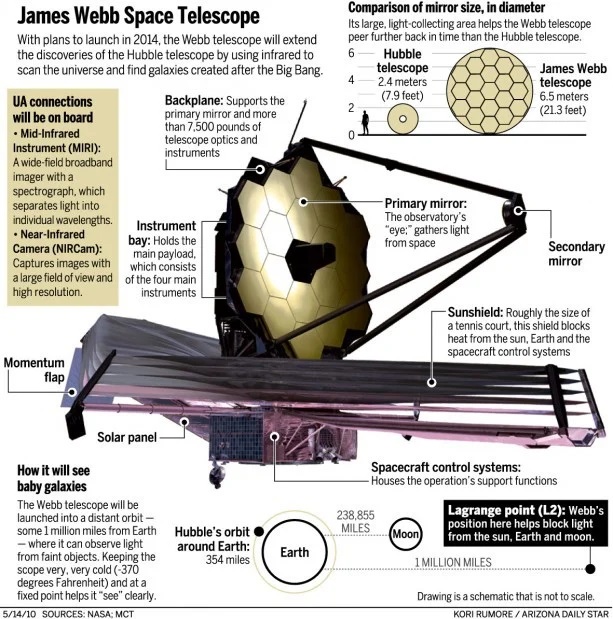 Today, NASA’s James Webb Space Telescope (JWST), the largest and most powerful space telescope ever built, will be launched from French Guiana, on the northeast coast of South America on the European Ariane 5 rocket.

How is it different from other telescopes?