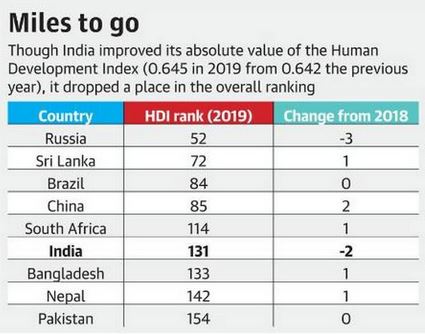 India dropped two ranks in the United Nations’ Human Development Index this year, standing at 131 out of 189 countries.

Which one of the following is not a sub-index of the World Bank’s ‘Ease of Doing Business Index’?

(a) Maintenance of law and order

For the first time: PHDI

Highlights of the 2019 Report