The Global Hunger Index 2021 has ranked India at 101 positions out of a total 116 countries.

Note the parameters over which the GHI is based and their weightage composition. 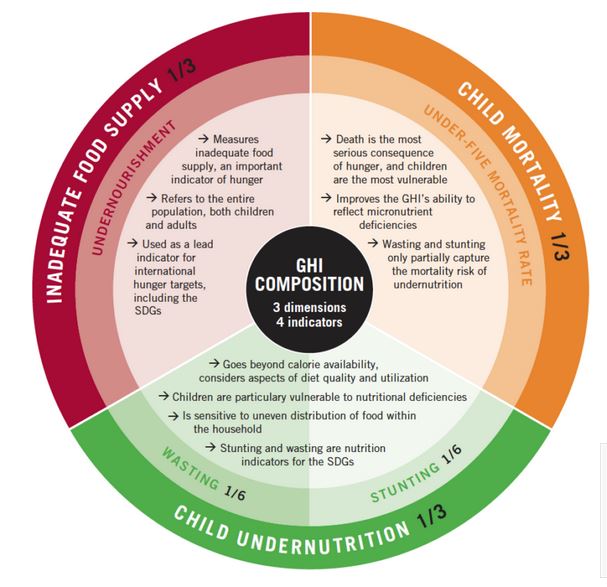 Reasons for such poor performance

Issues over credibility of GHI