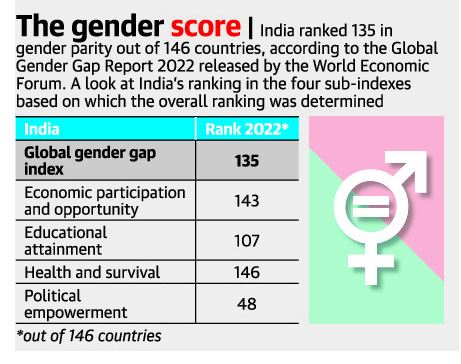 India ranks 135 among a total of 146 countries in the Global Gender Gap Index, 2022, released by the World Economic Forum.

What is Global Gender Gap Index?

How has India fared on different sub-indices?

Here’s how it stands on different sub-indices:

Where does India stand amongst its neighbour?