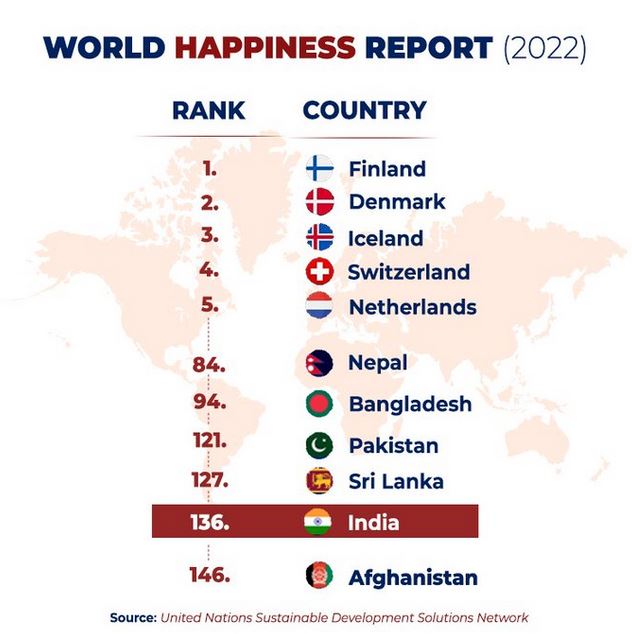 India ranks 136th in the World Happiness Report 2022, while Finland becomes the happiest country for the fifth consecutive year.

One can definitely question the credibility of such reports whenever India is being grouped with some African countries that too below Pakistan.

How is the WHI derived?