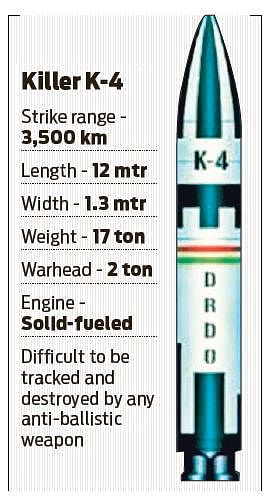 India successfully test-fired the 3,500-km range submarine-launched ballistic missile, K-4. The test was carried out by the DRDO from a submerged pontoon off the Visakhapatnam coast around noon.

What’s so special about K-4?