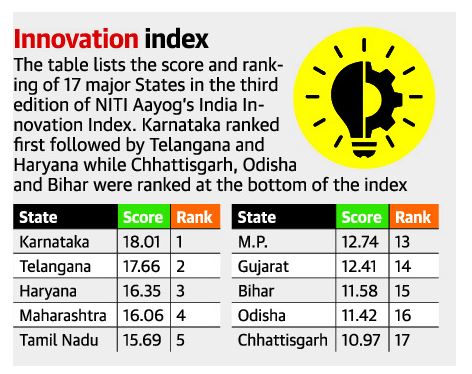 Karnataka has bagged the top rank in NITI Aayog’s India Innovation Index, 2022, which determines innovation capacities and ecosystems at the sub-national level.

Highlights of the 2022 index