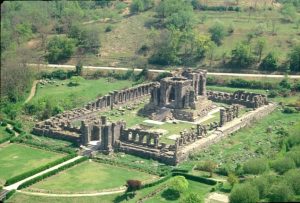 In May this year, some pilgrims offered prayers inside the Martand Temple, an Archaeological Survey of India-protected (ASI) monument

What are the living/non-living monument?