The Ministry of Health and Family Welfare announced a National Suicide Prevention Strategy, the first of its kind in the country.

Why need such strategy?

About the National Suicide Prevention Strategy

The NSPS puts a time-bound action plan and multi-sectoral collaborations to achieve reduction in suicide mortality by 10% by 2030.  The strategy broadly seeks to establish-

Significance of the strategy

Why suicide is such a big issue? 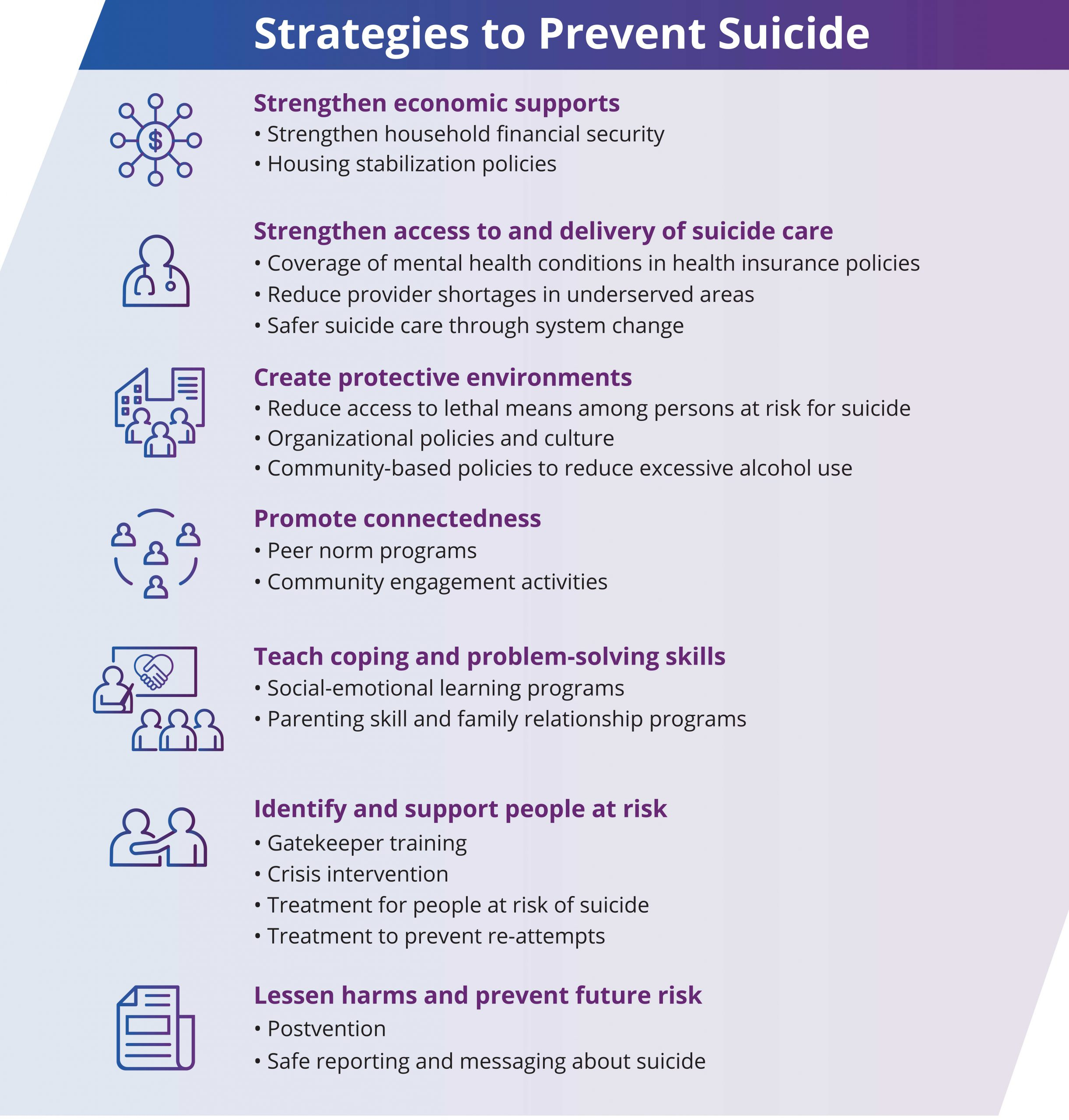