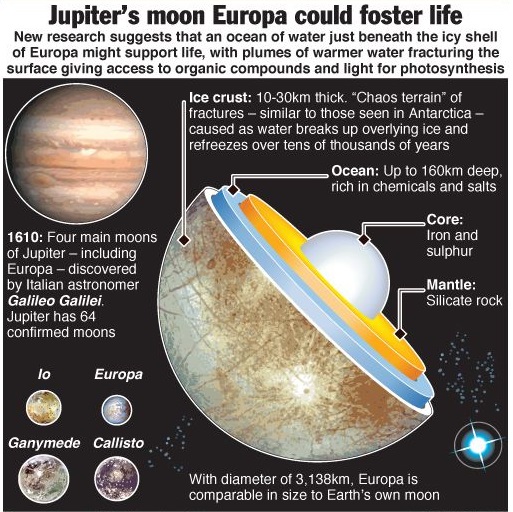 A team of researchers from Stanford University have said that on one of Jupiter’s moons Europa, a prime candidate for life in the solar system might have abundance of water pockets beneath formations called double ridges.

What is the new finding?

Significance of the recent findings