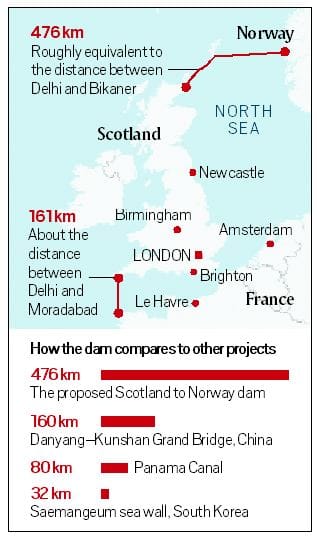 An extraordinary measure to protect 25 million people and important economic regions of 15 Northern European countries from rising seas has been proposed. It is called Northern European Enclosure Dam (NEED) enclosing all of the North Sea.