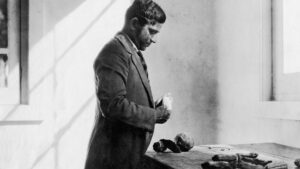 Lok Sabha Speaker, who is currently in Canada for the 65th Commonwealth Parliamentary Conference, will travel to Mexico where he will unveil statues of Swami Vivekananda and Maharashtra-born freedom fighter and agriculturalist Pandurang Khankhoje.

Participation in the Indian independence movement

How did Khankhoje reach Mexico?