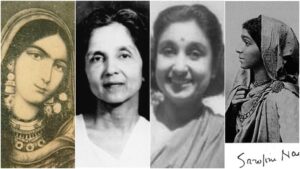 Q. The veerangana’s are a potent symbol of nationalism and patriotism. They can overturn oppressive attitudes towards women in society. Discuss examples of them showing how they inspire women’s today.

The sacrfice of Indian Women in struggle against the British is remarkable. Now the women have to fight for thier rights to build modern India.