Mains level : Mangroves and their significance 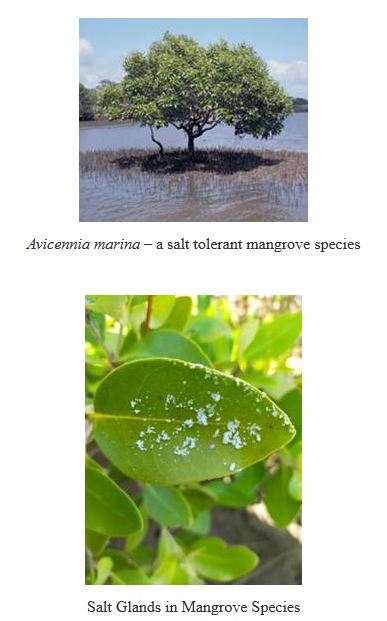 Scientists at the Department of Biotechnology (DBT) have reported for the first time a reference-grade whole genome sequence of a highly salt-tolerant and salt-secreting true-mangrove species Avicennia Marina.

Q.Which one of the following is the correct sequence of ecosystems in the order of decreasing productivity? (CSP 2013)

Q.The 2004 Tsunami made people realize that mangroves can serve as a reliable safety hedge against coastal calamities. How do mangroves function as a safety hedge? (CSP 2011)

(d) The mangrove trees do not get uprooted by storms and tides because of their extensive roots.