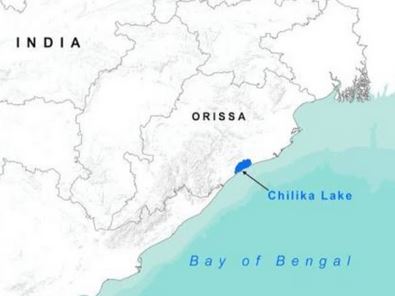 The Chilika Lake in Odisha, Asia’s largest brackish water lake, was once part of the Bay of Bengal, a study by the marine archaeology department of the National Institute of Oceanography (NIO), Goa, has found.

The lake has been a useful centre for maritime activities since the third millennium before the Common Era (CE).