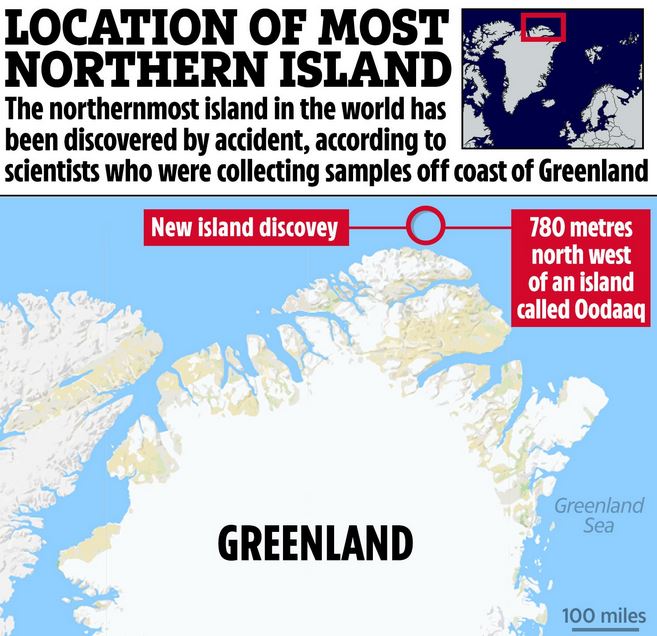 A group of researchers who went out to collect samples off the coast of Greenland in July found themselves on a tiny, uninhabited and previously unknown island.

How this island came to existence?