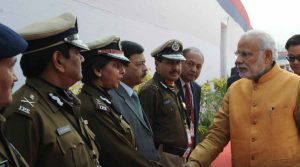 All you need to know about the Conference

What is missing in the agenda?

For instance: The data according to the Status of Policing in India Report 2019

Hard fact and the concerns over the police duties in India

What improvements are suggested?

Do you know the concept of SMART police?

Q. What are the major challenges faced by the Indian police force? Discuss improvements suggested to address them?