Accommodative monetary policy is when central banks expand the money supply to boost the economy. Monetary policies that are considered accommodative include lowering the Federal funds rate. These measures are meant to make money less expensive to borrow and encourage more spending.

How RBI is managing liquidity surplus?

How RBI is managing interest rate in the policy normalisation process

Consider the question “Since the onset of the Covid-related lockdowns, RBI had moved proactively to cut the repo and reverse repo rate and inject unprecedented amounts of funds into banks and other intermediaries. In this context, what are the challenges in monetary policy normalisation as RBI plans to absorb the excess liquidity and increase the interest rates ?”

The shift to the tightening phase, with hikes in the repo rate, is likely towards the late months of FY23, with shifts “if warranted by changes in the economic outlook”. 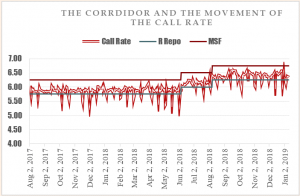