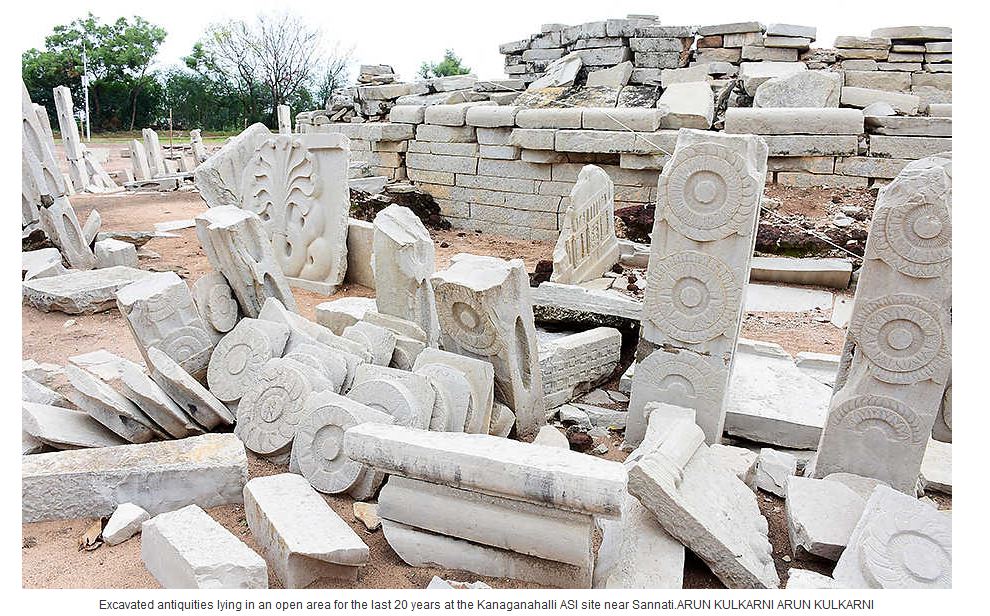 Left almost unattended to for 20 years after excavation, the ancient Buddhist site on the bank of Bhima river near Kanaganahalli (forming part of Sannati site) in Kalaburagi district, has finally got some attention.

In which of the following relief sculpture inscriptions is ‘Ranyo Ashokan’ (King Ashoka) mentioned along with the stone portrait of Ashoka?