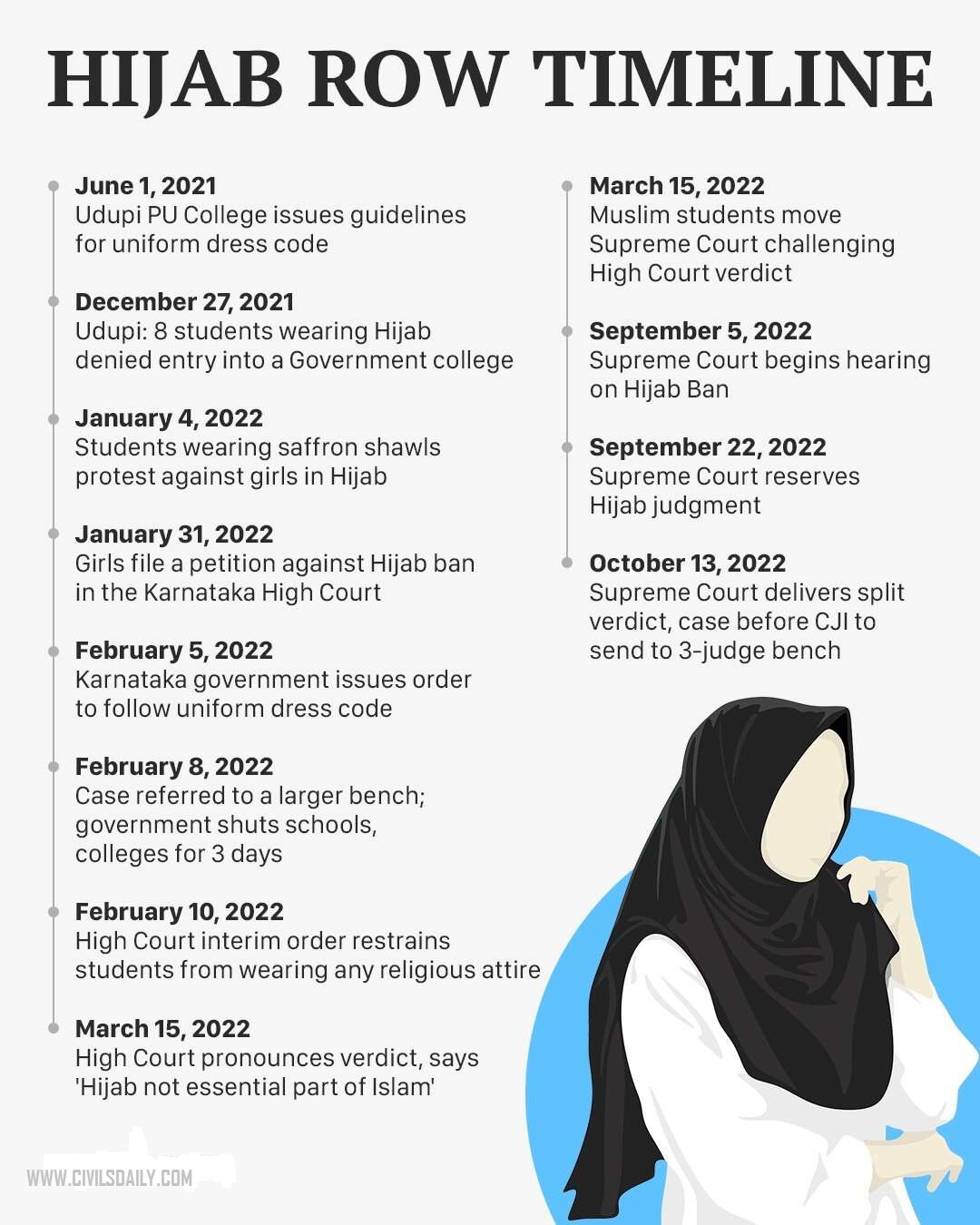 The Supreme Court has delivered a split verdict in the Karnataka hijab ban case with one of the two judges on the Bench upholding the March 15 order of the Karnataka HC validating the government’s ban, and the other set aside the HC ruling.

What is a Split Verdict?

Earlier cases with a split verdict

About the ‘split’ ruling

What is the Bijoe Emmanuel verdict?

Why the hijab case should be heard by a larger Bench?

First and foremost, the matter should be heard by a larger Bench preferably 5 judges as-