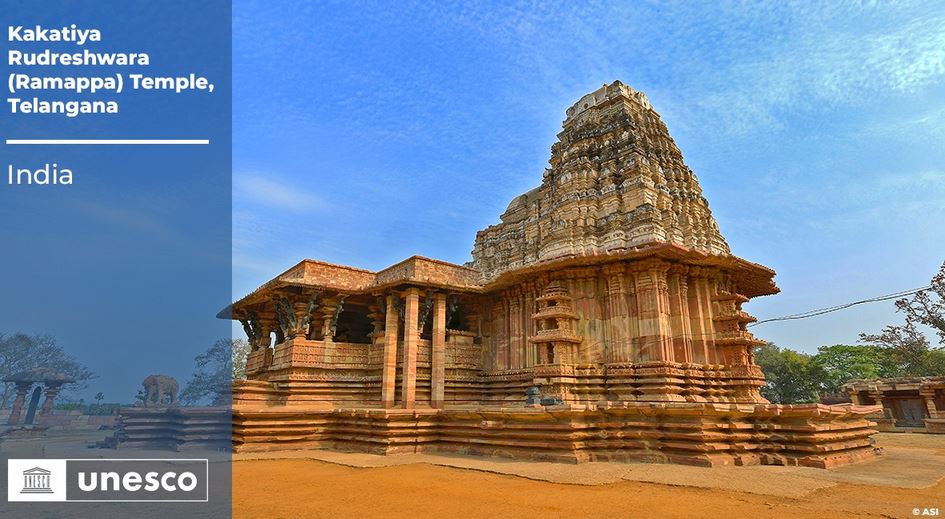 India’s nomination of Rudreswara Temple, (also known as the Ramappa Temple) at Palampet, Mulugu district, near Warangal in the state of Telangana has been inscribed on UNESCO’s World Heritage list. This would be the 39th site in India.

Q.Which one of the following was a very important seaport in the Kakatiya kingdom? (CSP 2017)