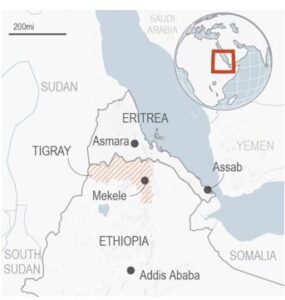 The director-general of the World Health Organization (WHO), described the Tigray crisis region as the “worst humanitarian disaster on earth”.

How did it escalate into a crisis?

How bad is the humanitarian situation?