Chaperones are a functionally related group of proteins assisting protein folding in the cell under physiological and stress conditions. 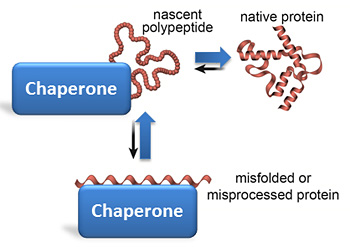 Chaperones are needed under physiological conditions too, for normal cellular function since misfolding of proteins can cause a number of diseases.