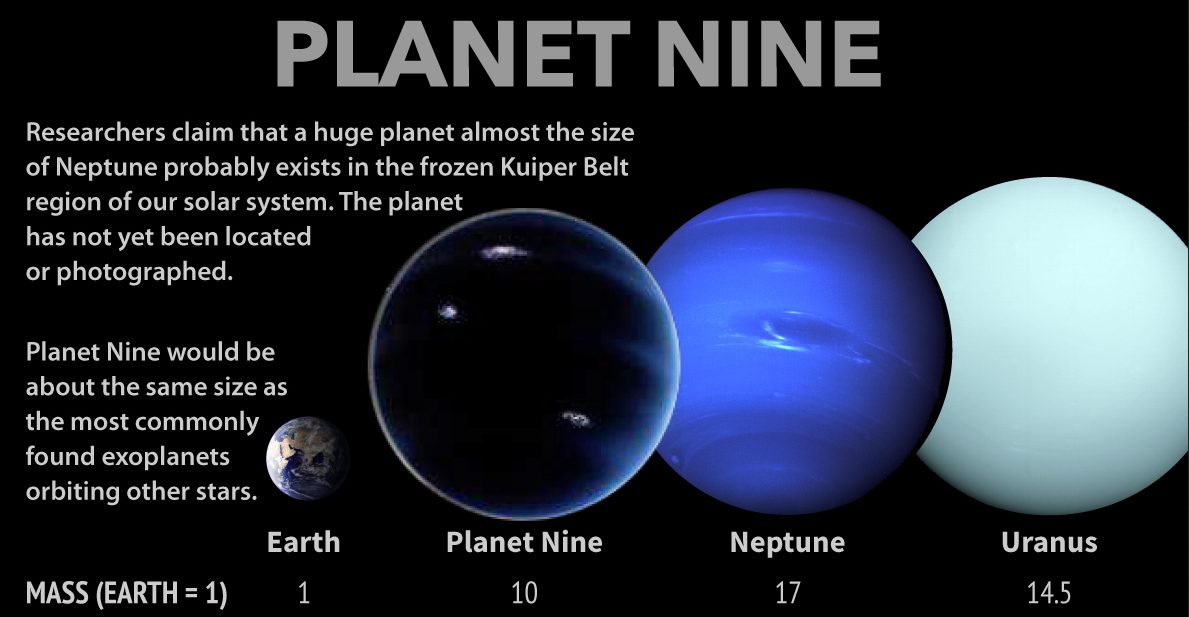 A new study’s “treasure map” suggests that a planet several times more massive than Earth could be hiding in our solar system, camouflaged by the bright strip of stars that make up the Milky Way.

Do not wonder. This too was a PYQ:

Post your answers here!
4
Please leave a feedback on thisx

Curiosity for the ninth Planet

Is everyone convinced that Planet Nine exists?