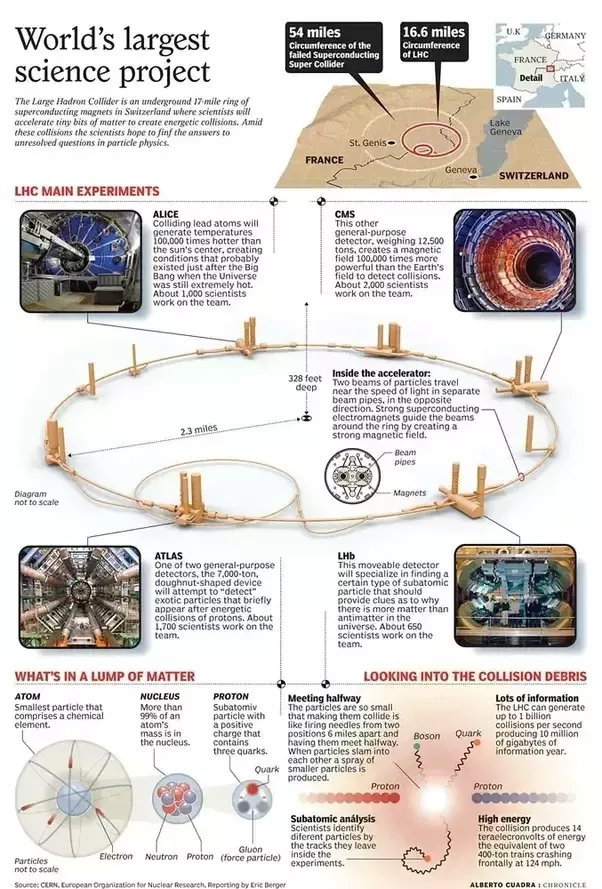 The world’s most powerful particle collider, the Large Hadron Collider (LHC), will begin smashing protons into each other at unprecedented levels of energy beginning July 5.

What is the LHC?

What is the latest upgrade?

Note: A TeV is 100 billion, or 10-to-the-power-of-12, electon volts. An electron volt is the energy given to an electron by accelerating it through 1 volt of electric potential difference.