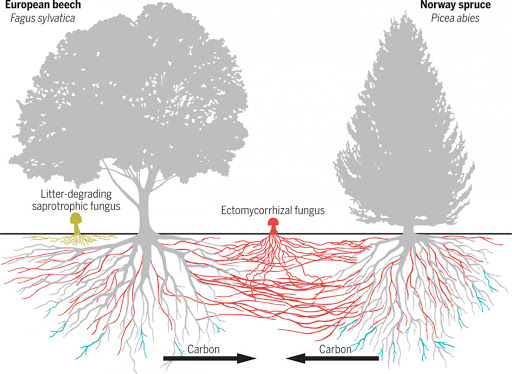 Plants appear to be simple enough in their organization. Whether small shrubs or tall trees, all they seem to be made up of is leaves, flowers, fruits, stems, and roots. But simple they are not. Being rooted in one spot has required very special personality traits.

I love this wood wide web concept and I will appreciate it if you guys work on it more. I was busy while searching the reliable coursework help in UK when I landed https://masteressaywriters.co.uk/coursework-helpon your news blog. I find this very amusing and will love to read more about this wood wide web concept. I think people need to understand global warming by your this concept to stop carbon emissions.

There are several https://www.bestcustomwriting.com/buy-research-paper prevailing in the market since decades to help the students. If this was non-permissible by law, there have been legal cases in the market against these companies. When looked at a broader view, there is a difference between the unlicensed, illegit and unauthorized processes in the eyes of law

Thanks for the info