The second and final phase of NFHS-5 was released which covered 11 states (including Uttar Pradesh (UP), Tamil Nadu, Punjab, Rajasthan, Madhya Pradesh (MP), Jharkhand, Haryana, and Chhattisgarh) and about 49 per cent of the population. 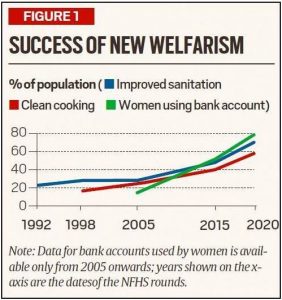 [3] Catch up by the laggard states

When commentators speak of two Indias, it is now important to ask: Which ones and on what metrics.