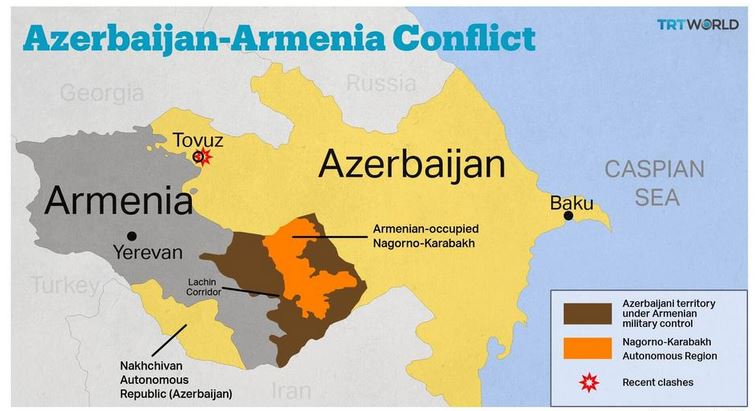 Fresh clashes erupted on the Armenia-Azerbaijan border, threatening to push the countries back to war 26 years after a ceasefire was reached.

(a) The Black Sea and Caspian Sea

(b) The Black Sea and Mediterranean Sea

(c) Gulf of Suez and the Mediterranean Sea

(d) Gulf of Aqaba and the Dead Sea

A legacy of soviet era

What is the strategic significance of the region?

Where does Russia stand?